What’s a big brother for, anyway? 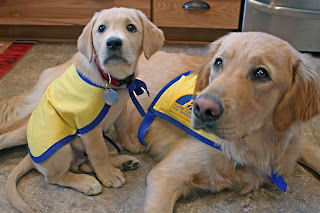 There are differing opinions among CCI puppy raisers on overlapping the pups in training. Some say that it’s too much work, and can be distracting, to have two puppies in the house at a time. Others will tell you that it can be easier to work with a young pup when an older dog is there to show them the ways of proper behavior.
I have a long, sad history of not taking advice from others. I prefer to screw up all by myself and learn from my mistakes the hard way. It’s a serious character flaw and just one of the things that makes me charming, I suppose.
We’ve yet to see how this is going to work out in the long run, having two CCI pups in my house. But I gotta say, these past two weeks since we welcomed the little lord Yaxley, I’m feeling pretty good about it.

Oh, as a quick aside about Yaxley’s name.  There is a character in the P.G. Wodehouse Jeeves novels named Lord Yaxley. In yet another vain, yet valiant, attempt to be clever I have tagged this new little fuzzy as little Lord Yaxley. Unfortunately, it is impossible to say little Lord Yaxley out loud.  Go on – try it.  If you find yourself successful in your first attempt, I challenge you to try three times in a row. What a train wreck of a nickname.

So, Micron is now a big brother and mentor for Yaxley. How’s that working out for you, you ask? Well, check this out.

This is Micron as a young pup, being coached on the subtleties of shoe fetching by his mentor Jager. 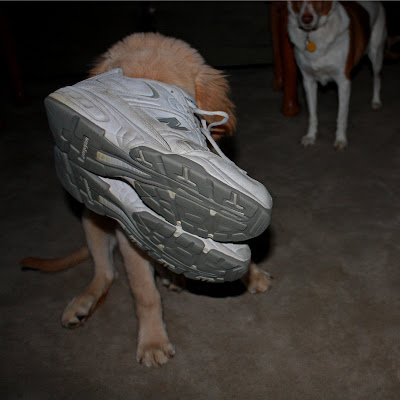 And here is Yaxley, mastering the technique after being taught by his big brother. So far, so good. 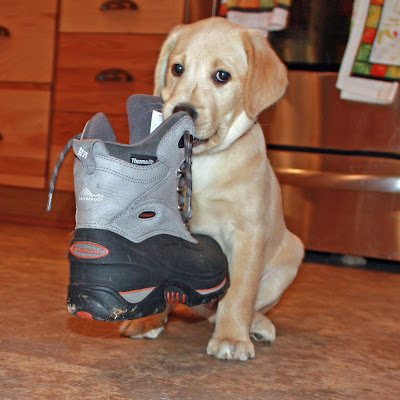 ﻿
At dinnertime, nobody eats until the OK command by the Food Lady. Some very good dogs here; two are house guests for the evening. 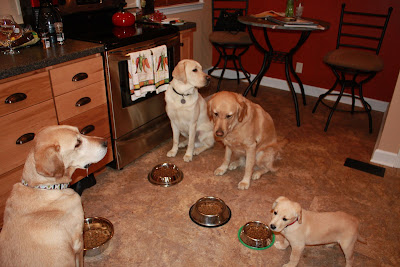 Micron is the all-time master at napping; this dog know how to relax.  Here he is showing the little one the Yoga position of “sleeping dog.” 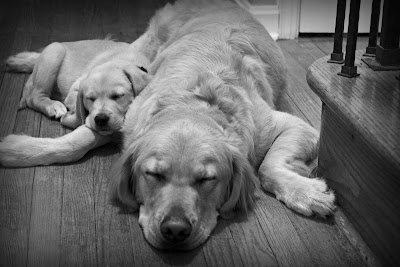 But to keep me humble, there’s a downside to having a fresh new perspective of life. There are the things that have Micron saying, “Well hey!  I never thought of doing that!” 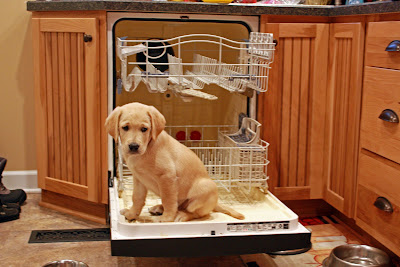 What is this one?  Oh. that’s my camera strap. Firmly attached my beloved Canon.  I don’t know which one started this, but I can tell you who ended it. 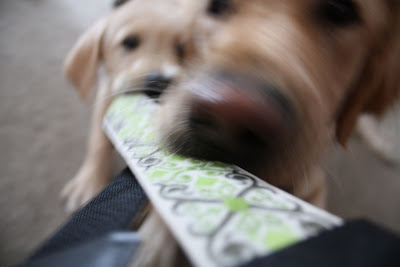 Looks like I’m gonna have to keep on my toes with this clever little guy. And poor Micron does too. I know this is not what he meant by telling the pup he’s gonna show him the ropes around here. 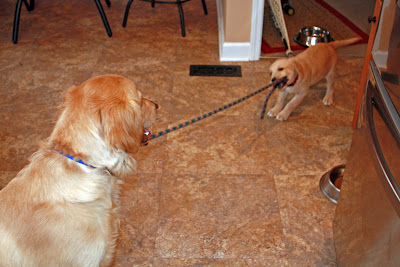