Made of tuff stuff

It happened again this week.

Yaxley are at the grocery to grab just a couple of things. It’s been getting kinda chilly out, which has put me in the mood for some homemade potato soup.  What would otherwise be a quick trip (taters, chicken broth, green onions) takes a bit longer with my puppy companion.

A working dog in the grocery is like walking alongside a celebrity. People stop us to ask questions about Yaxley. And that’s okay. Not only do I expect this, it’s actually one of the reasons I take him on this trip. We’re all about raising awareness of CCI and assistance dogs, me and him.

How old is he?, they ask. What’s his name?  Is he a Labrador? How long do you have him? So you have to give him up later? Oh, I couldn’t do that.  Ah, this is good stuff. Yax sits in heel position as I share information on CCI and he is ever so patient as he awaits the Let’s Go command to continue our shopping.

And then we get the question that unsettles me a bit.

Our new acquaintance will look at the pup, sitting there all handsome, groomed and well-behaved.  They lean forward closer to me, tilting their head. The question is spoken using a different, softer tone of voice. With something akin to pity on their face, I’m asked does he ever get to play?

This is the one query that bugs me. I wonder what people see as we’re working with Yax’s socialization in public.  Does the pup look nervous or unhappy and I failed to notice?  No, no I don’t think that could be it. I’m keeping a keen eye on his reactions the entire time – tail is relaxed, gait is confident. I’m speaking commands to him firmly, but not unkindly – I’m not giving off an aura of ogre. So I consider that some folk have only seen these pups-in-training while they’re on the job. They just haven’t had the pleasure of seeing these fluffies get down and dirty during a play session.

Do these dogs ever get to play? Well, of course they do, people. They’re dogs and nobody can take that simple little factoid away from them, can they?  As puppy raisers, we do expect a higher level of behavior than a pet, that’s true. We’re going to be less tolerant of purposeful misbehavior. That’s true as well.  We handle these pups as if they have a higher purpose than a pet. Well, because they do.

But you’ve got to open the release valve on these critters and let them run and wrestle with others of their ilk. It’s only humane, as well as good common sense. A tired dog is a good dog, that’s my motto.

But these are merely words on a screen. How about something more visual for our case in point?

I’ll share with y’all a few freeze-frame action shots of Yaxley during a play date with buddies Micron and Karsen. Three dogs against one Kong Flyer. For extra enjoyment of these shots, take a closer look at the ears on these fellas. These dogs were having a full-speed-ahead blast. 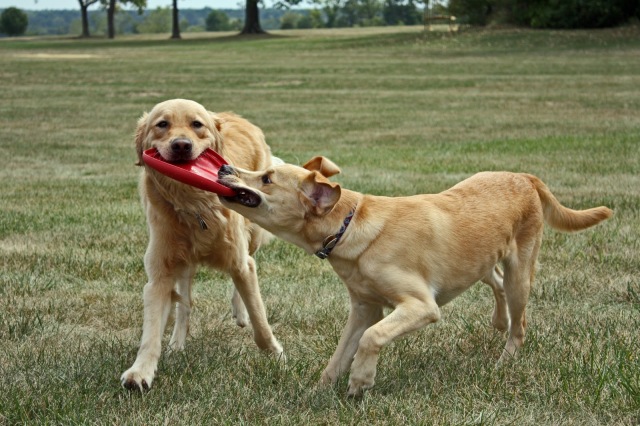 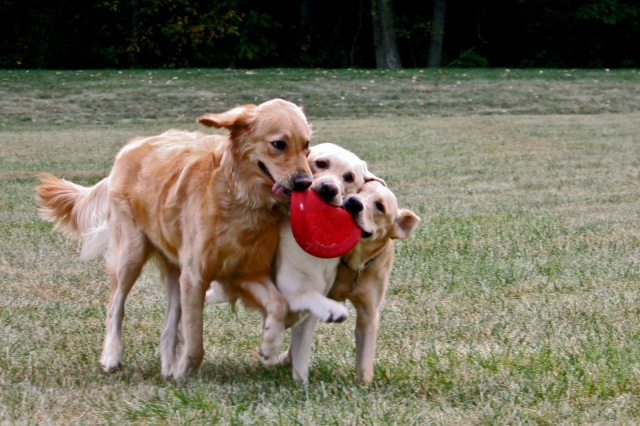 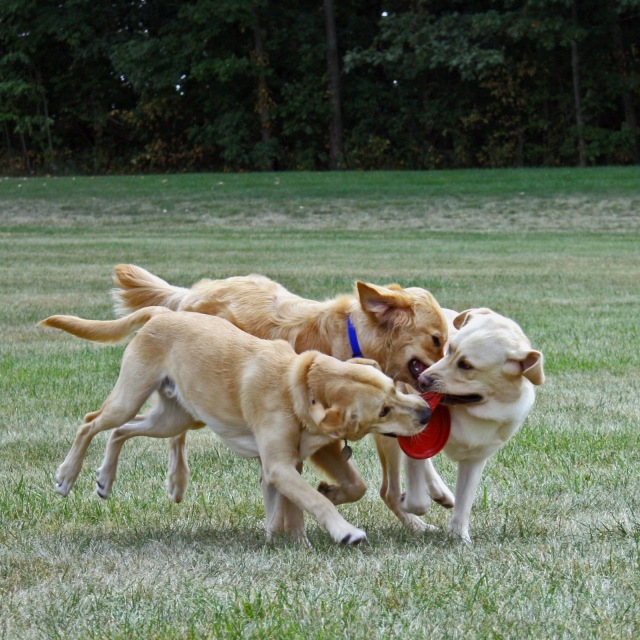 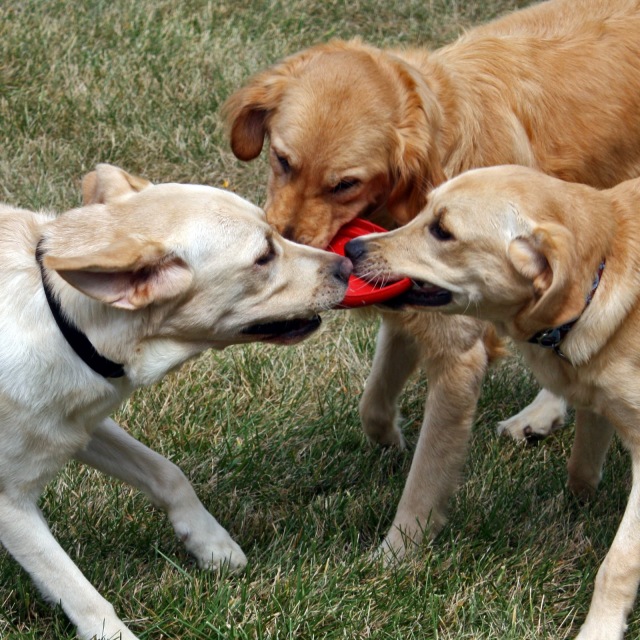 Thanks to CCI puppy raisers, Mark and Deb from Ansel: The Life & Times of a CCI Puppy for reminding me of this excellent video from CCI’s Gold Rush Champions chapter.

This really clears up that pesky question of do they ever get to play?