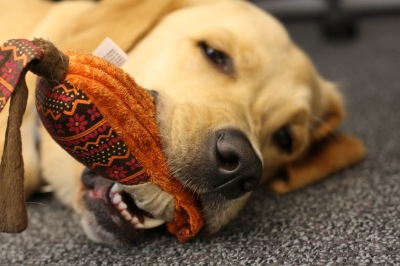 What do you want to be when you grow up?

Alrighty ladies . . . who played with Barbie dolls when you were a kid.? A show of hands, now. No, it’s ok, nobody can actually see your admission here. Oh hey, remember those GI Joe’s we had in the 70’s? They were the same scale as Barbies and were all manly in their fatigues. These guys sported a fuzzy low fro and absolutely wicked facial scar. Ok, now who had a GI Joe instead of a foppish Ken to marry your Barbie? Oh yeah, it’s this kind of stuff that made us the women we are today.

I actually recall that life changing moment when I realized Barbie’s ridiculous proportions. Stubby tween fingers are fumbling with the tiny snap on her mod pink and orange paisley miniskirt, when it occurs to me that I’ve never met a women who looks like this. With her big perky girls casting a shadow over that wasp waist, she had us believing in something that would never develop.

Not my mom, her friends, my teachers. Not even those cute girls on Hee-Haw.  No woman alive looks like this.  And that means I won’t have a body like this either. Curse you and your sweater-stretching bosom, Barbie. You betrayed us all.

I don’t remember crying over this coming of age knowledge; this loss of innocence. But I did realize that there would have to be some rework on that trophy wife career plan. Yep, better crack open that pre-algebra text book after all

I still think about what I want to be when I grow up.  I no longer wish for Barbie’s impossible proportions as much as I just want clothes that don’t hurt when I sit down. Oh, and I want to be taller. And thinner, too. Definitely thinner. Ah, if wishes were horses . . . oh yeah, and I want a horse.  A friesian. [sigh]

We can plan all we want and maybe even try to get a preview of our destiny. At ten years old, it never occurred to me that I wouldn’t someday be shaped like my statuesque Barbie doll. At fifteen years old, it became clear I would never reach more than a couple inches over five feet tall. Married at twenty, survival was the word of the day, not college. Those romantic dreams of an exotic career turned into an office job in finance. Yet today, as I slip into what is likely the second half of my life (yikes!), I feel like destiny has been kind to me.

I’m not exactly where I thought I would be. But right here? It’s good. And you know, I rather like it right here.

So our little Lord Yaxley decided after a month at Advanced Training at Canine Companions for Independence that this career as an assistance dog is just not for him.  He said his passion is to be a family dog.  I’m really good at cuddling, he says. And I’m pretty handy with little kids, too. I think maybe I could be a nanny like that dog in Peter Pan.

A dear friend and co-worker has adopted Yaxley. A young family with a little boy that Yaxley can have for his very own. It’s a beautiful arrangement that seems to fit together so very naturally. He’s moving in pre-loved as she has been close to Yaxley as he grew up in the office.

When Luke cries in his crib, she says, Yaxley goes into his room and lies next to the bed. He gets there before we do.

So he doesn’t try to avoid the crying and all the noise? I ask.

No, she says. Yax is by the crib with a concerned look on his face. Like, what took me to long to get there?

But, she adds, he does steal the binkies that Luke drops. Sometimes I find one in the backyard.

The little stinker. Well, that’s just Dog Rules, right? If it’s on the floor, it’s mine. I know, I know. A service dog would retrieve the binkie and give it back with only a hint of dog slobber. But now he’s a beloved pet. We’re back to fundamental Dog Rules.

Micron and I are happy to see Yax on the days he comes into the office. The two fellas started right back up where they left off. Hogging attention and stealing chew toys from each other, the stuff of best friends.

So today Yaxley isn’t exactly where I thought he would be. This wasn’t the destiny I had envisioned. But now that this is where he is? It is perfection. It is peace of mind. It is right.

Yaxley is indeed right where he belongs.